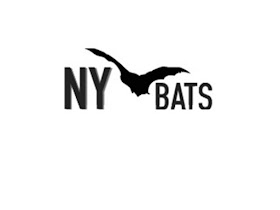 Congratulations on your well-deserved chancellorship. Students, parents, educators and taxpayers across NY state have sorely missed out on guidance from experienced practitioners in the challenging conditions of the real world. We also applaud your prioritization of the CFE state funding ruling because the state has avoided compliance for too long.


NY BATs are vocal members of our communities working to inform state and local policymakers on the in-classroom consequences of Albany’s policies. Allied with parent groups, we foster public engagement in education and electoral debates via a resolved grassroots presence. STATE OF CONTROVERSY: NY’s test refusals show a deep, sustained rejection of top-down standardized testing. Those most impacted have experiences to share as well as scientific and scholarly research which needs a close read. Free from some federal mandates, the battle has come to fifty state houses. In Albany, well-established networks of monied corporations and private consultants drive privatization policies, greatly exaggerating actual educator or local input.Public discourse is also changing, with media spending, advocacy and spin failing to use the Common Core’s requirement to source claims and show critical rigor. If we ask students to contrast and respond to differing viewpoints, why does our “adult” communication consist of exaggeration, distortion and people talking past each other?TIME LOST: We haven’t seen open debate of snapshot-based assumptions or hidden formulas used to define and weigh ‘growth’. Nor a debate of data integrity following post-testing manipulations and 700 different implementations. These “comparative” results, already skewed badly are turned into “swiss cheese” once the opt-out families refuse participation. These experimental attempts at standardization have cost us time we can never have back.


STUDENT SUPPORT? We need the best evidence in policymaking, media, and even in the courts. The stated purpose of the tests is to identify need in order to send in support. The test results have purported to show major, widespread need of improvement. But where has the support been? Instead of in-classroom resources, we have seen a changing of standards and steady expansion of testing, receivership policies and charter schools, all actions that displace funding to support students.


THE BIG CONTOURS: The most basic fallacy driving NY's testing lumps all learners into a one-year age-based range of assessment - only in two subjects - calibrated to the highest third of a bell curve, and then ponderously backwards-mapped to benchmarks that mandate conformity to a single, consistent pace of physical, cognitive and emotional development.In struggling schools, students losing the opportunity to learn on their functioning level, all year long. Today we still see testing benchmarks driving curriculum rather than student need.CONSTITUTIONAL ARGUMENT: Could a test case ask the Supreme Court whether there was ever any federal authority to impose testing, let alone the testing criteria? The NYS Board of Regents should consider this question in interpreting whether age-based benchmarks are appropriate for every learner in every circumstance across the state. If so, evidence of efficacy or reliability is paramount.


STANDARDIZATION WHY? The "cookie cutter" approach conflicts with best practices in education, where teachers are specifically trained to exercise autonomy in recognizing and meeting student need. Each year, NY districts struggle to comply with ever-changing tweaks, reinventions and overhauls of policies built on unproven theories of assessing learning. Diverting millions per year, local educators’ ability to meet need is hampered, with individualized attention at the school level sacrificed for tests and macro-comparison. NY’s homegrown portfolio-based models, such as those used in the Performance Standards Consortium, have proven better suited to meet student need and value individual student ability.BACKROOM, TOP-DOWN DEALS: NY’s closed door process gives us decrees without transparency or inclusiveness. Educators who know best what works in schools are shut out as special access is given to connected lobbyists and consultants. But their corporate ideas have failed to deliver improvement or support, year after year, showing that we need a shift to research-based, piloted and proven teaching methods.We were told annual testing in ESSA was renewed because “civil rights groups” demanded it. More accurately, it was the leadership of these groups, awash in influence from reformers. We recognize the desperation to level the playing field for underserved schools, disproportionately located in communities of color, but we do not buy that standardized test-based accountability works. We believe wraparound services and removal of obstacles to whole-child learning are what’s needed. NARROW MEASURES: The belief cognitive ability can be measured and compared in a vacuum is inherently unscientific, fraught with oversimplification that denies important real world variances. Can student growth legitimately be boiled down to annual test scores in just two subjects? Do “norming” controls for language, disability and poverty cover the true range of issues affecting outcomes? Even farther removed, can these scores be used across the state in a flat numeric percentage purporting to capture the impact of teacher practice? DOJ and CDC research suggests measures of non-cognitive development are more accurate predictors of future success and societal costs. If ever we were looking to optimize the search for “red flags” to direct support and early intervention, it is the social-emotional markers that more directly tell the story.


MORATORIUM NOT ENOUGH: NY’s version of VAM is APPR, assailed by study after study before being hauled into court. The six-Regent position paper published last June requested that APPR should be suspended for reexamination. The Board passed a moratorium, but we still await the review, including overdue responses to the 2014 report by the American Statistical Association or the report by the American Educational Research Association.


Opt-out leader Jia Lee has suggested that the 4-year moratorium is designed to outlast parents whose kids will age out of testing, as younger teachers also proliferate. Perhaps it’s “kicking the can down the road” during an election year, but we hope that a transparent process to expose VAM will lead to decisions based on technical merit and efficacy.


NY TRUSTS ITS EDUCATORS: Who shapes these policies is also germane to the debate. Should we entrust the officials coming and going through the “revolving door” whose track record led us to this moment? Can we recognize that the professionals most familiar with the students had it right from the start? The NY Principals Paper on APPR was signed by over a third of NY’s principals back in 2011, showing that NY’s top field practitioners weighed in on this - apolitically - long before public trust was compromised, hoping to avoid costly waste and social experimentation.


In 2013, teachers organized - outside of unions - activating a process of learning, sharing and speaking out against testing and evaluation policies we found were hatched by a sprawling network of “philanthropists”, hedge fund managers and billionaire PAC bundlers.


In 2015, NY parents statewide finally forced the media and political class to notice, building on gains made in 2014 centered in Long Island. The more parents learned, the more likely they became to refuse the tests. But deliberately off-putting technical jargon ensured most New Yorkers wouldn’t question the validity of tests. NYBATs asked incoming Commissioner Elia to explain or source the state’s reliability evidence in an open letter last July.


ABJECT ABSURDITY: Take the “group measures” practice of lumping teachers together using test scores in subjects they do not teach, from students they may not even know. Even today, all 70,000 plus teachers in NYC are assigned math or ELA scores regardless of subject taught, for 'advisory' purposes or future look-backs in averaging over time. Other districts use hundreds of different APPR plans, some based on a single test, such as a Biology Regents, to “piggyback” one score to compute rankings for every non math or ELA teacher, the majority of teachers.


These policies obviously do not measure teacher skill, misleading the public about the use and purpose of the tests. Districts who develop SLOs (at local expense) make comparison between 700+ districts impossible. Unreliable and arbitrary, we ask why a flawed formula should be included in any percentage at all.


PRESTO-CHANGO: On the question of subjectivity, many parents don’t realize NYSED has been changing cut scores after tests have been graded, and secretly withdrawing problematic test items to bend and shape results. Will the Board bring this forward?


TEST QUALITY: Carol Burris recently recounted how top NY educators used to oversee test design. Stakeholders wonder why a privatized contract was ever needed, but BATs believe it is a profiteering scheme. The reviews are in, and the implementation has been widely deemed a catastrophe, even by testing supporters - yet it continues.


We recognize the harm of verticalizing education services for large contractors to scale "products" to sell. We believe education should exist outside of the commercial or investment marketplace, walling off Wall Street and Walmart, so local educators who are familiar with their students can do their jobs, accountable to the communities they serve.


RETHINKING PRIVATIZATION: As NY implements the ESSA mandate to continue annual testing, we ask whether the tens of millions going to Pearson, Questar or AIR could be instead used to gather NY's most experienced and most proven educators to develop assessments compliant with the law which include the input and approval of stakeholders.


The savings of corporate profits and overhead would translate into better returns for the taxpayer, but the test quality would also improve. If the state touts its use of "real" teachers to approve test items, and if testing firms brag about how many "real" teachers they employ, we ask why the number of real educators used isn't 100%.


TEACHER TINKERING: We anticipate ESSA provisions concerning teacher recruitment, licensing, training and mentoring to be problematic based on any top-down federal approach. We suspect these will be new avenues for privatization and usurpation of local control and stakeholder input. Competitive grants increase inequity, politicization, and federal interference in education, introducing perverse incentives. We ask the Board to put NY’s proven teacher-training practices ahead of federal standardization incentivizes.


Deference to market-based approaches instead of basic, equal distribution of resources has led your predecessors astray, and the damage has awakened a concerned public. The continually botched implementations of privatization policy in our state have hurt, not helped learning in classrooms, directly illustrating how money-in-politics affects children.


NY’s educators have already developed alternatives to federal standardization strictures. We hope to support you in the effort to treat kids as individuals and restore sensible, democratically accountable and transparent decision-making to NY schools.