The Art of Deception:  Friedrich vs. CTA 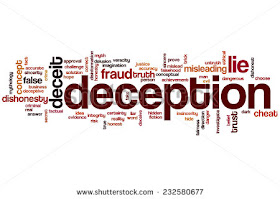 History is a great teacher. Now everyone knows that the labor movement did not diminish the strength of the nation but enlarged it. By raising the living standards of millions, labor miraculously created a market for industry and lifted the whole nation to undreamed of levels of production. Those who attack labor forget these simple truths, but history remembers them.   ~Martin Luther King, Jr.


History will remember.
Let Dr. King's words lift our spirits in a time when unions are under attack.


Friedrichs vs. CTA will be heard in the Supreme Court this coming year.  As research  into this case is done, a disturbing sense of unease grows.


Here are the Plaintiffs


All of these folks are represented by The Center for Individual Rights.  (More on them later)


Also listed in the lawsuit is the CHRISTIAN EDUCATORS ASSOCIATION INTERNATIONAL, more on them later as well. 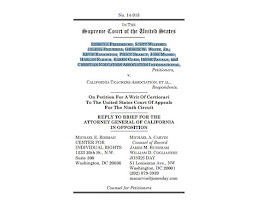 The issue at hand from the SCOTUS blog  is whether Abood v. Detroit Board  should be over turned and public-sector “agency shop” arrangements (a.k.a. mandatory union dues) should be invalidated under the First Amendment; and (2) whether it violates the First Amendment to require that public employees affirmatively object to subsidizing nonchargeable speech by public-sector unions, rather than requiring that employees affirmatively consent to subsidizing such speech.”


In plain English, the case will challenge whether Abood, which, according to Cornell Law, was established  by a “Michigan statute authorizing union representation of local governmental employees permits an "agency shop" arrangement, whereby every employee represented by a union, even though not a union member, must pay to the union, as a condition of employment, a service charge equal in amount to union dues.”
Keep in mind that the plaintiffs in this case can, and Friedrichs did,  opt out of paying full dues (non chargeable) if they do not want their money used for political purposes (this is in California).


Keeping this all in mind when analyzing the Friedrichs case, return  to Dr. King’s statement:


“Now everyone knows that the labor movement did not diminish the strength of the nation but enlarged it.”


If Friedrichs successfully overturns Abood and removes “agency shop” fees many surmise it will destroy labor unions in the country. Exposure of the real intent of the Friedrichs case is necessary because the political nature of this case is alarming; not just because of its ability to destroy labor unions but because of the nature of the deception.


The Center for Individual Rights is the firm that is representing Friedrichs, the 9 other teachers and The Christian Educators Association International.


The Koch Brothers have a long and prestigious resume of attacking public sector unions and two summers ago were instrumental in orchestrating the removal of a teacher’s right to due process in Kansas.


CIR also has a long history of fighting against Affirmative Action and supported the Boy Scouts in an attempt to keep out LBGT people.


Is the picture becoming clear?


When looking at the main plaintiff of the case,  Rebecca Friedrichs, a question is raised,  “How is she associated with an organization that has a long history of opposing “affirmative action and other programs that attempt to restore racial/gender/sexual equality.”?


Part 2 of this expose will explore the connections.


Take a look at some statements explaining  why she has supported this lawsuit.


In this Orange County register article she stated, “In 1993, I refused to support a union attack on a common sense voucher initiative that would have given parent’s choice in education and saved millions in tax dollars. Instead of respecting my rights and opinion, my union representative called me a “radical right winger,” and bullied me in front of colleagues. What was radical about protecting taxpayers and desiring the best for my students and their families?”   http://www.ocregister.com/articles/union-631122-employees-unions.html


In this video clip she states that teachers get “cadillac pensions” and uses corporate reform  rhetoric that due process protects “bad teachers.”  (see beginning 4:32)


To Encourage, Equip, and Empower Educators according to Biblical Principles


Proclaim God's Word as the source of wisdom and knowledge


Portray teaching as a God given calling and ministry


Promote educational excellence as an expression of Christian commitment


Preserve our Judeo-Christian heritage and values through education


Promote the legal rights of Christians in public schools


Provide a forum on educational issues with a Christian world view


Provide resources and benefits for educators including professional liability insurance


If you feel so inclined, meet and read about their director, Finn Larson.   He claims their mission guides their focus in serving Christian Educators and in pursuit they:


Proclaim God's word as the source of wisdom and knowledge


Portray teaching as a God given calling and ministry


Promote educational excellence as an expression of Christian commitment


Preserve our Judeo-Christian heritage and values through education


Provide a forum on educational issues with a Christian world view


And….by the way one other plaintiff in this case, Harlan Erhlich is a member of CEAI


CEAI also seems to be partnering with Union Facts on an event called “National Employee Freedom Week” a coalition of 68 organizations in 40 states that promote union members opting out of their union.


Who is Union Facts?  Sourcewatch describes Union Facts as   “a secretive front group for individuals and industries opposed to union activities.”


Is the Friedrichs case really about First and Fourteenth Amendment rights?


Is it about mandatory union dues?


This is about, contrary to what Friedrichs says, the destruction of unionism.


So, where do we go from here?  We fight and expose the deception of this lawsuit. Call. It. Out! Spread. The. Word.


This is a concerted effort by the Koch Brothers, conservative factions, and religious entities to destroy the backbone of this country – labor unions who fight for social justice and who have a right to labor peace.