The Badass Teachers Association Calls on the U.S. Department of Justice to Investigate Pearson 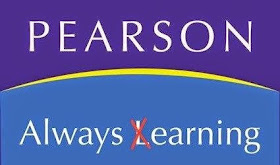 This week’s scandal about Pearson spying on children and their social media activity to determine if testing security was breached shows us that Pearson has no qualms in stealing the sanctity of childhood. Gone are the days in which a child’s life can be that of a private citizen.  The idea that Pearson feels it must corral and control what our children put on social media is a corruption, greed, and injustice sandwich.  Sorry Pearson we are not eating it.

Here is a strong and direct warning from the teachers and parents of the Badass Teachers Association – You messed up and you messed up BIG.  Due to your attempt to continue to buy up and control American education you have committed perhaps the most disgusting act any one could commit – you have used our children to further your agenda in a light that is so transparent.  America values  its children’s privacy and respects their ability to be private citizens.

To place limitations upon a child’s ability to be a private citizen brings us a step closer to the Orwellian society that may have been more prophetic than even George Orwell himself realized. A veiled threat made through the communication of the state department of education informing the school of the issuance of a Priority 1 Alert for a test item breach AFTER school hours, while the child is a private citizen is, as the kids would say, creepy. Even though there was no picture of the test item and no attempt at cheating, the tweet was done, by the child, as a private citizen. With the questioning by many around the nation that has been done about the appropriateness of Common Core and PARCC related materials, this can be seen as an attempt by Pearson to merely silence that questioning by attempting to limit the exposure of their test items. However, the cloud of secrecy that envelops Pearson tests is not thick enough to hide just how wrong it is.

The fact that Pearson already had well-laid out plans that included the contracting of a social media watchdog company to monitor student discussions on social media speaks to the validity and reliability of this test in the first place. If their product was a true educational tool with a valid purpose the need for such procedures would not have even arisen. Pearson is being faced with a strong uprising over their control of the educational marketplace.  Pearson’s control of this market should not even exist in the first place as private companies seek to profit from our children and from public education. A national test refusal movement so massive would not have even begun if Pearson, and others, were not engaged in educational malpractice tactics that are harmful to our children and to their schools.  We would like to strongly  state, again, that all parents refuse their children from Pearson testing.

As parents and teachers that have a duty to protect our children and safeguard their right to being private citizens, we are outraged at the over reach that Pearson has been allowed.  It is an overbearing reach that has even been condoned by New Jersey's department of education. As parents and teachers we demand that the United States Department of Justice investigate  the facts and practices that Pearson is employing to monitor and control the actions of our children, that is not only in clear violation of their rights, but also a transgression against their childhood.

Please email the U.S Department of Justice and demand they investigate this matter AskDOJ@usdoj.gov